Amazon Wins Another Battle for the Future of Retail

The end of the war is a long way off, but Amazon has just won another battle for the future of retail. The company recently announced the opening of Go Grocery, a first-of-its-kind large format automated retail store in downtown Seattle.

The store uses a similar blend of sensors and software as the original Amazon Go convenience stores the company began rolling out two years ago. However, at 11,400 square feet, the new Go Grocery store is 5x larger than the largest Amazon Go convenience store. And the company has indicated that the technology will work for even larger format stores, like a Whole Foods location, which are about 40,000 square feet on average. “There’s no real upper bound. It could be five times as big. It could be 10 times as big” Dilip Kumar, vice president of Amazon Go, told The Wall Street Journal. 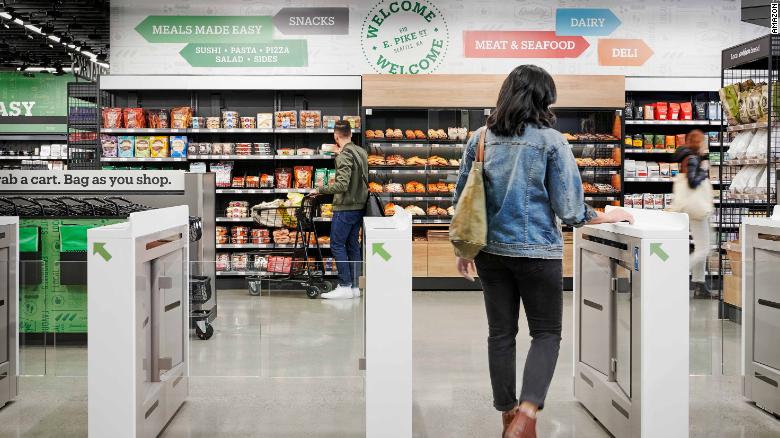 The Wall Street Journal also reported that Amazon plans to license the Amazon Go technology to other retailers, as we had previously speculated. We outlined the rationale for Amazon to license the tech here. In short, Amazon will follow the same model the company pioneered with Fulfilled by Amazon (FBA) and Amazon Web Services (AWS), commercializing internal technologies to see multi-billion dollar enterprises.

The Amazon Go backend gives the company a trojan horse into the brick and mortar retail space—ironically, the next major battleground in the future of retail.

Perhaps the more critical question is why a retailer would work with Amazon. Our answer is the same as it is with all of Amazon’s best offerings: convenience. Retailers would have a turnkey solution for automated retail. While larger stores like Walmart and Target may not want to use the technology for competitive reasons, branded retail stores (like a Nike store) may be a fit if Amazon can create a product that helps save the retailer labor and processing costs.

Credit the company for risk taking, but a luxury concierge shopping service just isn’t a fit for Walmart.

While these news events are merely coincidental, they may point to a larger trend of both Amazon’s and Walmart’s success rates as they develop retail technologies.

But Amazon has faced challenges, too. Text messaging as a medium for shopping struggles with many of the same ineptitudes that plague voice-based shopping.

Every year, we ask the leading digital assistants, Google Assistant, Siri, and Alexa, 800 questions each in our Annual Digital Assistant IQ Test. In our 2019 test, Google Assistant was able to correctly answer 93% of them vs. Siri at 83% and Alexa at 80%.

Surprisingly, the largest disparity was Google’s outperformance in the Commerce category, correctly answering 92%, vs Siri at 68% and Alexa at 71%. Conventional wisdom suggests Alexa would be best-suited for commerce questions. However, Google Assistant correctly answers more questions about product and service information and where to buy certain items, and Google Express is just as capable as Amazon in terms of actually purchasing items or restocking common goods you’ve bought before.

We believe, based on surveying consumers and our experience using digital assistants, that the number of consumers making purchases through voice commands is insignificant. We think commerce-related queries are more geared toward product and service research and local business discovery than actually purchasing something.

Loup’s Vision of The Future of Retail

Amazon has already won the online space and Amazon Go technology could prove to be the operating system of automated retail. We’re bullish on the empathic retail space partly because it’s outside of Amazon’s core competency (convenience), leaving room for others to succeed.